If one were looking for a way to demonstrate how faithfully the Obama administration had carried on the legacy of the Bush administration, this past week takes the cake, and no, I’m not talking about making Bush tax cuts on the middle class permanent.

In a matter of four days, President Obama ushered in three landmark decisions that further institutionalized the Bush administration’s penchant for abridging civil liberties in the name of national security, all the while making us less safe. 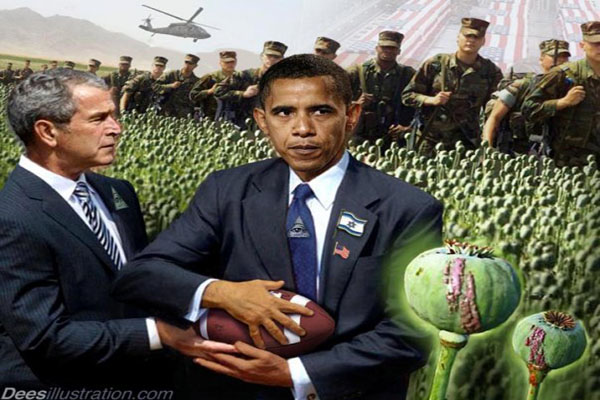 1. Warrantless wiretapping of American citizens: On Sunday, Obama signed into law a renewal of the FISA Amendments Act of 2008, which authorizes broad, warrantless surveillance of Americans’ international communications, checked only by a secretive Foreign Intelligence Surveillance Court that doesn’t make it’s activities and procedures available to the public.

Obama voted for the FISA Amendments Act as a senator, but with expressed reservations about “President Bush’s abuse of executive power,” and the constitutional protections that the warrantless surveillance program offended. As President, though, Obama has turned into a staunch supporter of these legally questionable abuses of executive power.

“Part of the problem is much of this is being done in secret and there’s very little oversight or accountability,” NSA whistleblower Nick Drake told Al Jazeera recently. “It was just stunning when I found out that the White House had entered into a secret agreement with the National Security Agency to completely bypass the FISA, and by bypassing it they turned the USA into the equivalent of a foreign nation for the purposes of dragnet, blanket electronic surveillance…in secret.”

Even though the government has acknowledged that the secretive program has exceeded its legal limits, violating Americans’ Fourth Amendment constitutional rights, the Obama administration has aggressively refused to allow any checks and balances on the program, even refusing congressional requests to disclose how many Americans have been spied on.

2. Indefinite detention without charge or trial: On Wednesday, Obama signed the 2013 National Defense Authorization Act into law. The 680-page omnibus bill contains more military and national security provisions than any one person can account for, but it notably renews the prohibition against transferring detainees from Guantanamo Bay to the US for any purpose, a measure which again prevents Obama from fulfilling his pledge to close the black hole detention center.

Obama initially threatened a veto of the bill due to this provision, but the threat proved a false one. In a signing statement, Obama said he disagreed with the provision, despite his signing it into law.

But it’s difficult to take his stated reservations seriously. Back in 2010, the President signed an executive order that “establishe[d] indefinite detention as a long-term Obama administration policy and [made] clear that the White House alone will manage a review process for those it chooses to hold without charge or trial,” reported ProPublica at the time.

And in last year’s NDAA, there were even more controversial provisions suggesting American citizens, detained on US soil, can be locked up without charge or trial as enemy combatants. The constitutionality of those provisions, which advocates say are acceptable under the 2001 AUMF, is still being fought out in the US court of appeals.

In Afghanistan, too, the Obama era has meant mere suspects can be locked away without charge or trial in abusive detention camps, mostly in secret. The US military’s increased use of night raids led to a huge surge in detainees, very few of whom have had any evidence placed against them. The Obama administration has had them sent to Bagram to be held for indefinite detention without charge or trial, which Daphne Eviatar, an attorney for Human Rights First, has described as “worse than Guantanamo, because there are fewer rights.”

The Washington Post reported on Tuesday that the practice of extraordinary rendition, wherein suspects are captured and transferred to another country to be held without charge or trial, is “taking on renewed significance” under Obama.

3. Targeted killings of suspects by drone, without any pretense of due process (even if they are US citizens) remains none of the American people’s business.

One could argue that Obama doesn’t support indefinite detention as much as Bush did, since he supports killing suspects before the issue of detention ever arises.

On Wednesday, a federal judge sided with the Obama administration in a case brought by The New York Times in which the latter was demanding that more information about the legality of the drone war be disclosed.

In terms of carrying on the legacy of the Bush administration, this one is a double-whammy. Not only did Obama expand Bush’s covert drone program exponentially, but he’s doing so by shutting out any judicial scrutiny by claiming disclosures would harm national security, a tactic called ‘state secrets privileges’ which was pioneered by the Bush administration.

US District Judge Colleen McMahon in Manhattan appeared reluctant in her ruling, noting she “can find no way around the thicket of laws and precedents that effectively allow the executive branch of our government to proclaim as perfectly lawful certain actions that seem on their face incompatible with our Constitution and laws while keeping the reasons for their conclusion a secret.”

“The Alice-in-Wonderland nature of this pronouncement is not lost on me,” McMahon said, referring to the nightmarish wonderland in which people are sentenced to death before a verdict from a jury is in.

The Obama administration has continued its dramatic increase in the use of armed drones to target and kill mostly unnamed people, primarily in Yemen and Pakistan. When a high-profile terrorist suspect is killed, the Obama administration openly discusses the success of the drone program. But when journalists and civil liberties groups ask tough, scrutinizing questions about the legality of the program, the administration gets away with ignoring their requests for information, claiming the program is secret.

Meanwhile, a report by researchers at the Stanford and NYU schools of law found in September that the drone program is “terrorizing” the people of Pakistan and that it is having “counterproductive” effects.

In Yemen, drone attacks are dramatically increasing, bombing the country over 42 times in 2012, up from an estimated 10 incidents in 2011, and killing at least 223 people. Virtually all of the victims’ indentities remain classified, thanks to the Obama administration, and al-Qaeda recruitment continues to grow in Yemen because of disgruntled locals who resent their families and tribes being relentlessly bombed and killed by the hundreds.

The Washington Post reported last week, the Yemeni government as a policy tries to conceal when US drones kill civilians, instead automatically and systematically describing the victims as al-Qaeda militants, regardless of the truth.

“Our entire village is angry at the government and the Americans,” a Yemeni villager named Mohammed told the Post. “If the Americans are responsible, I would have no choice but to sympathize with al-Qaeda because al-Qaeda is fighting America.”

It’s become almost trite to argue the continuities between Bush and Obama. But this week has been so detrimental to individual liberties and so favorable to never-ending, unaccountable secret war, that it’s hard to imagine we ever extricated ourselves from those dark days of post-9/11 tyranny.

This article originally appeared at AntiWar.com