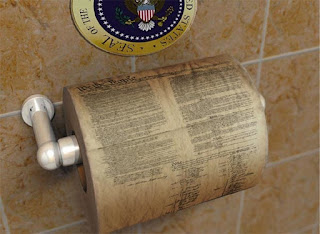 Jacob Hornberger is understatedly upset about the recent murder of the 16-year-old Abdulrahman al-Awlaki, the son of Anwar al-Awlaki.

There are several things that are especially fascinating about the U.S. government’s assassination of this American teenager, who apparently traveled to Yemen looking for his father before his father was assassinated:

First, the U.S. government has assassinated a minor.

Second, no one except the assassins knows why they assassinated the boy.

Third, the people who planned and carried out the assassination — from President Obama, to the Pentagon, to the CIA — aren’t talking.

Fourth, nobody can force them to explain why they killed the boy.

After driving home the fact that nobody knows why this innocent 16-year-old American was murdered, Hornberger concludes:

But one thing is for sure: The assassination of 16-year-old American Abdulrahman al-Awlaki confirms that we now live in a country whose government has the unfettered authority to assassinate anyone it wants, adult or minor, foreigner or American, and remain mute about it.

If it does that, it isn’t the government anymore. It’s an organized crime ring.

The Bill of Rights is very clear about what the government can and cannot do. If people posing as officials of the US government murder US citizens without due process of law, they are criminal usurpers.

Normally I wouldn’t put “fighting organized crime” at the top of everyone’s priorities list. But in this case, I do think that every American needs to make it a top priority to take this mob out, by whatever means necessary, and restore Constitutional rule by an actual government.

Normally organized crime deals in drugs, prostitution, and money laundering, with a smattering of murder and extortion. We can live with a certain amount of these things, unpleasant as they often are.

But when an organized crime ring masquerades as a government, uses the Constitution for toilet paper, and flushes, no rational citizen can have any higher priority than finding a way to take them out, and to make any sacrifice necessary in pursuit of that objective.

That goes double for those who have worn uniforms, and those who have sworn oaths to defend the Constitution against all enemies, foreign and domestic.

I signed that oath to get a college teaching job in California. I thought it over before I signed. And when I signed it, I meant it.

How about our men and women in uniform and in the intelligence services? Do they cross their fingers behind their back when they swear that oath to the Constitution? If not, when given an order to murder a US citizen, in flagrant violation of the Constitution, why don’t they immediately kill, or at least arrest, the traitor who gave the order? Is there any other honorable course of action available? If so, what could it possibly be?