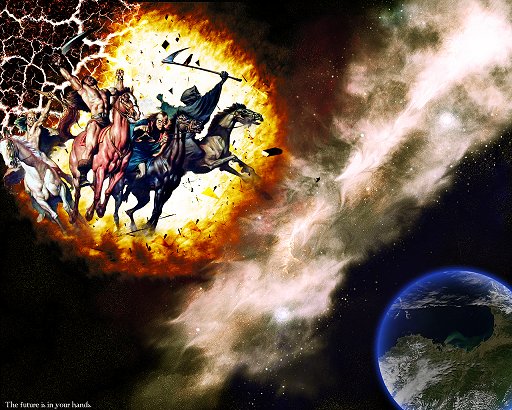 By Saman Mohammadi
THE EXCAVATOR

“The drawdown in Iraq allowed us to refocus on Afghanistan and achieve major victories against al Qaeda and Osama bin Laden.”

President Obama deserves big props for his overall performance as a puppet and especially for this new lie. It is very clever and funny.
Those who know the truth are entertained, and the sheep feel self-satisfaction for investing their trust in Mr. Obama and being rewarded for it.

But there is a sad element in this drama.

Obama’s “major victories” in the war on terror are completely fake.
Obama didn’t order Bin Laden’s death.
He didn’t stop al-Qaeda
because al-Qaeda doesn’t exist.
He didn’t liberate Libya.
He didn’t end the war in Iraq.
The Obama administration has no proof to back up anything it says. It is not interested in facts. Obama’s accomplishments and victories are the stuff of magic.

Obama is a pathological liar; everything that comes out of his mouth is fiction.

His foreign policy consists of looting nations,
raping the truth,
and killing innocent people.
But he announces the deaths of manufactured villains Bin Laden and Gaddafi, and all of a sudden he’s declared a “victorious war-time president.” Wow.
What a Great Leader Obama is.
Much Praise Be Upon Him,
The Merciful Allahu Obama.
This is beyond the Twilight Zone. America and the world are trapped inside of an artificial bubble, a place outside of reality and history. Protesters can occupy Wall Street all they want, but as long as their minds are occupied by official lies and government myths then nothing is going to get fixed.

The truth about Bin Laden’s exit from history has yet to be told by the U.S. government. Former counter-terrorism official Steve Pieczenik

said back in May that Osama Bin Laden died because of marfan syndrome in late 2001.
The story about his assassination by the U.S. government in Pakistan was a total lie that was made up for political reasons by the Obama administration and military-industrial complex.

Why would the Obama administration lie about killing the symbol of terror and Islamic extremism instead of telling the truth about the real cause of his death?

If the Obama administration has good intentions, then they’re trying to clean up the mess that the Bush White House made without exposing their lies and bringing Bush administration officials to justice for war crimes.

According to this historical narrative, the Bin Laden assassination brought America and the world full circle, and the Obama White House is trying to end the war on terror with a big lie, just as it was started with a big lie about the 9/11 attacks.

But this “good intentions” theory doesn’t hold water because the Obama administration is building a case for a war with Iran and a war with Pakistan, which means they’re only ending one stage in the war on terror ~ the Bin Laden/Al-Qaeda stage.


If the war on terror is considered a marathon,
then the death of Bin laden marked the end of lap one.
The fun is just beginning for the sociopathic Neocons, Zionists, and Globalists.

Since the announcement of his official death on May 1st, new enemies have been targeted for destruction by the U.S. government, Israel and NATO.

Libya was a cake walk.

The next nations on the list, however, won’t be so easy to destroy and conquer.
Those nations,
Pakistan, Iran, Syria, and Lebanon,
will not surrender until the point of complete destruction.
They will fight back aggressively and inflict damage on America and Israel on a scale that will lead to more brutality and cruelty.
The illusions of modern civilization will be shattered to dust.
The resolve and institutions of American and Israeli society will be tested. Pressure will be put on all sides.

The response to a crazy Israeli/U.S. attack on Iran and other nations will force the Israeli and American governments to use nukes to end the war.

We are looking at tens of millions of dead bodies across the Middle East. Cities will be reduced to rubble.

The Israeli-U.S. end game in the Middle East
is hell on earth,
paving the way for the conquest
of a new world authoritarian government.
And the war has already started.
The Obama White House has vilified Pakistan and Iran in the last five months.
In May, President Obama accused Pakistan of harboring Bin Laden and protecting him.
And last week he accused Iran of plotting to assassinate Saudi Arabia’s ambassador to the United States in Washington.
Both of these false accusations are essentially acts of war.

This is how wars begin.
Words, insults and accusations lead to attacks and counter-attacks.
Once fake propaganda stories and delegitimizing myths about a nation are created and disseminated in the world press, the attacks and strikes soon follow.

It is a matter of time before Pakistan and Iran are both attacked by the U.S. shadow government, Israel, and Saudi Arabia.

The U.S. shadow government will probably stage a new false flag terrorist attack inside America with the help of both Israel and Saudi Arabia, and blame the attack on either Pakistan or Iran.
Read my article from August called, “The Next Inside Job: A Nuclear 9/11,” for more info.

The tragic sight of thousands of dead innocent Americans will garner immediate public support for both wars.

Iran and Pakistan will be solidified as monsters and demons.
And the wheel of blood and lies will keep rolling on and on and on.